The Truth About Blockchain 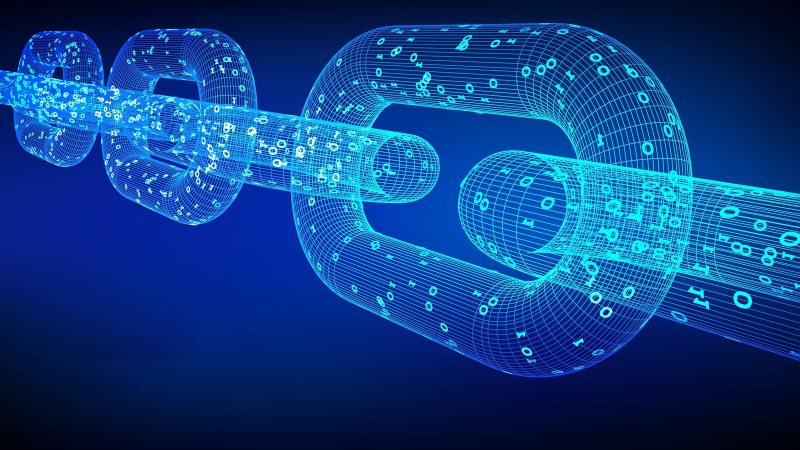 Contracts, transactions, and the records of them are among the defining structures in our economic, legal, and political systems. They protect assets and set organizational boundaries. They establish and verify identities and chronicle events. They govern interactions among nations, organizations, communities, and individuals. They guide managerial and social action. And yet these critical tools and the bureaucracies formed to manage them have not kept up with the economy’s digital transformation. They’re like a rush-hour gridlock trapping a Formula 1 race car. In a digital world, the way we regulate and maintain administrative control has to change.

Blockchain promises to solve this problem. The technology at the heart of bitcoin and other virtual currencies, blockchain is an open, distributed ledger that can record transactions between two parties efficiently and in a verifiable and permanent way. The ledger itself can also be programmed to trigger transactions automatically.

With blockchain, we can imagine a world in which contracts are embedded in digital code and stored in transparent, shared databases, where they are protected from deletion, tampering, and revision. In this world every agreement, every process, every task, and every payment would have a digital record and signature that could be identified, validated, stored, and shared. Intermediaries like lawyers, brokers, and bankers might no longer be necessary. Individuals, organizations, machines, and algorithms would freely transact and interact with one another with little friction. This is the immense potential of blockchain.

Indeed, virtually everyone has heard the claim that blockchain will revolutionize business and redefine companies and economies. Although we share the enthusiasm for its potential, we worry about the hype. It’s not just security issues (such as the 2014 collapse of one bitcoin exchange and the more recent hacks of others) that concern us. Our experience studying technological innovation tells us that if there’s to be a blockchain revolution, many barriers—technological, governance, organizational, and even societal—will have to fall. It would be a mistake to rush headlong into blockchain innovation without understanding how it is likely to take hold.

True blockchain-led transformation of business and government, we believe, is still many years away. That’s because blockchain is not a “disruptive” technology, which can attack a traditional business model with a lower-cost solution and overtake incumbent firms quickly. Blockchain is a foundational technology: It has the potential to create new foundations for our economic and social systems. But while the impact will be enormous, it will take decades for blockchain to seep into our economic and social infrastructure. The process of adoption will be gradual and steady, not sudden, as waves of technological and institutional change gain momentum. That insight and its strategic implications are what we’ll explore in this article.

Before jumping into blockchain strategy and investment, let’s reflect on what we know about technology adoption and, in particular, the transformation process typical of other foundational technologies. One of the most relevant examples is distributed computer networking technology, seen in the adoption of TCP/IP (transmission control protocol/internet protocol), which laid the groundwork for the development of the internet.
Introduced in 1972, TCP/IP first gained traction in a single-use case: as the basis for e-mail among the researchers on ARPAnet, the U.S. Department of Defense precursor to the commercial internet. Before TCP/IP, telecommunications architecture was based on “circuit switching,” in which connections between two parties or machines had to be preestablished and sustained throughout an exchange. To ensure that any two nodes could communicate, telecom service providers and equipment manufacturers had invested billions in building dedicated lines.
TCP/IP turned that model on its head. The new protocol transmitted information by digitizing it and breaking it up into very small packets, each including address information. Once released into the network, the packets could take any route to the recipient. Smart sending and receiving nodes at the network’s edges could disassemble and reassemble the packets and interpret the encoded data. There was no need for dedicated private lines or massive infrastructure. TCP/IP created an open, shared public network without any central authority or party responsible for its maintenance and improvement.

Traditional telecommunications and computing sectors looked on TCP/IP with skepticism. Few imagined that robust data, messaging, voice, and video connections could be established on the new architecture or that the associated system could be secure and scale up. But during the late 1980s and 1990s, a growing number of firms, such as Sun, NeXT, Hewlett-Packard, and Silicon Graphics, used TCP/IP, in part to create localized private networks within organizations. To do so, they developed building blocks and tools that broadened its use beyond e-mail, gradually replacing more-traditional local network technologies and standards. As organizations adopted these building blocks and tools, they saw dramatic gains in productivity.TCP/IP burst into broad public use with the advent of the World Wide Web in the mid-1990s. New technology companies quickly emerged to provide the “plumbing”—the hardware, software, and services needed to connect to the now-public network and exchange information. Netscape commercialized browsers, web servers, and other tools and components that aided the development and adoption of internet services and applications. Sun drove the development of Java, the application-programming language. As information on the web grew exponentially, Infoseek, Excite, AltaVista, and Yahoo were born to guide users around it.

Once this basic infrastructure gained critical mass, a new generation of companies took advantage of low-cost connectivity by creating internet services that were compelling substitutes for existing businesses. CNET moved news online. Amazon offered more books for sale than any bookshop. Priceline and Expedia made it easier to buy airline tickets and brought unprecedented transparency to the process. The ability of these newcomers to get extensive reach at relatively low cost put significant pressure on traditional businesses like newspapers and brick-and-mortar retailers.
Relying on broad internet connectivity, the next wave of companies created novel, transformative applications that fundamentally changed the way businesses created and captured value. These companies were built on a new peer-to-peer architecture and generated value by coordinating distributed networks of users. Think of how eBay changed online retail through auctions, Napster changed the music industry, Skype changed telecommunications, and Google, which exploited user-generated links to provide more relevant results, changed web search.
Companies are already using blockchain to track items through complex supply chains.

Ultimately, it took more than 30 years for TCP/IP to move through all the phases—single use, localized use, substitution, and transformation—and reshape the economy. Today more than half the world’s most valuable public companies have internet-driven, platform-based business models. The very foundations of our economy have changed. Physical scale and unique intellectual property no longer confer unbeatable advantages; increasingly, the economic leaders are enterprises that act as “keystones,” proactively organizing, influencing, and coordinating widespread networks of communities, users, and organizations.